The University City Public Library was established in 1939 by the vote of the citizenry to provide funds for its maintenance. Federal funds of $32,800 had been granted in 1938 as part of the $70,000 building fund; the remaining funds were supplied by a bond issue. With a collection of 8,000 books, the library opened in December 1939 in the building at 630 Trinity. By the mid-1960’s, with a book collection ten times larger, the University City Public Library was overflowing its original building. In accordance with the building program presented by library consultants, plans were made for a new library building. A bond issue for $950,000 was passed in 1966. This, along with a $500,000 federal grant, was used to construct and furnish the new library. The new building at 6701 Delmar was opened to the public in December 1969.

The next half-century brought many changes — both to the library and to the community it serves. Today University City is home to a diverse ethnic and socioeconomic population; to an unusually high percentage of older adults, and of younger adults who are students; to the quite wealthy and to those who are very poor; and to highly educated professionals as well as those who struggle with functional illiteracy. In addition, the Delmar Loop area, for which the library served as a anchor during a period of decline in the 60’s and 70’s, has enjoyed a remarkable renaissance as the result of the efforts of the city government, private individuals and business entrepreneurs. As the population has diversified and the immediate neighborhood has changed, so have the services that the library provides.

Today the book collection is well beyond 150,000 volumes. But books are only a part of what the library has to offer. Patrons can now choose from large collection of music and spoken word CDs; a vast array of DVDs with feature films, TV shows, and documentaries; and even portable technology, including video cameras, telescopes, notebook computers, and wireless internet hotspots. A leader in library automation in Missouri, the library automated its circulation system in 1976 using the Gaylord Corporation’s hardware and software. Ten years later, the library chose another company, Dynix (now Epixtech Library Services), to provide an integrated circulation, cataloging and public-access computer system. Since then, UCPL has joined with the other libraries of the Municipal Library Consortium of St. Louis County to switch to Polaris, an updated integrated library system that offers access to all of the MLC holdings, as well as options to allow staff to access the ILS off-site for outreach programs. A local area network of workstations was added in the early 1990’s to access reference databases on CD-ROM through MOREnet. These resources and workstations have been consistently upgraded over the years, and now most of those databases are available remotely through the UCPL website.

At the University City Public Library, service to children and young adults has a high priority. The youth services department is staffed with professional librarians and paraprofessionals trained to work with young people. A strong book collection is paired with an active series of storytimes; special programs; summer reading clubs and activities; and outreach to public, private and pre-schools in University City. Taking as their theme “Children who read, succeed,” our youth services department strives to make a difference in the lives of our youngest citizens. In addition to the book collection, UCPL’s youth services staff also prides itself on offering plenty of technology-based programming, including events with robotics, online storytimes, and other options to highlight science, technology, and engineering literacy.

At the other end of the age spectrum, outreach to senior citizens involves regular deliveries to homebound patrons and rotating collections of large print books in some older adult residence homes. The Friends of the Library and volunteer drivers help to make this program possible.

The library also functions as a community meeting place with small conference rooms and a large auditorium available to groups and organizations. Literacy tutors and their students use meeting space in the library, and there is a special collection of books for the new adult reader available for checkout. A gallery on the second floor exhibits work by professional artists seven months each year, with the remaining time reserved for art from the public schools, the University City Art Association and the annual University City Photo Show.

The library is open seven days a week, including five evenings. A professional staff is available, in the library and by telephone and email, to provide reference and readers’ advisory service. Other services include income tax form distribution, large print materials for the visually impaired, interlibrary loan, an archive of local history and remote access to the online public access catalog. Card holders may also check out materials from any of the eight member libraries in the Municipal Library Consortium.

The library is administered by the director, who supervises the day-to-day operation of the library and carries out library policy as set by the Board of Trustees. 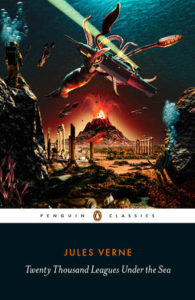 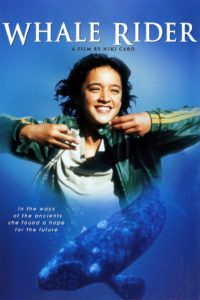 Join us at 7 p.m. Wednesday, Aug. 17 for a movie night featuring the 2002 award-winning film Whale Rider. On the east coast of New Zealand, the Whangara people believe their presence there dates back a thousand years or more to a single ancestor, Paikea, who escaped death when his canoe capsized by riding to shore on the back of
Aug
18
Thu
9:00 am Eye Thrive vision exams
Eye Thrive vision exams
Aug 18 @ 9:00 am – 3:00 pm
Eye Thrive will offer free eye exams and glasses in their mobile vision clinic beginning at 9 a.m. Thursday, Aug. 17. All services are free of charge, though exams are scheduled on a first-come, first-serve basis until spots are filled. All children aged 4-18 are eligible for the free exams and glasses, though a parental consent form must be completed
Aug
24
Wed
7:00 pm UCity Book Group
UCity Book Group
Aug 24 @ 7:00 pm – 8:00 pm 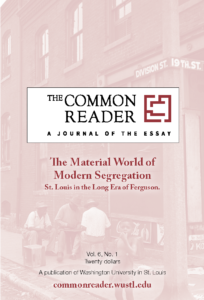 Join us at 7 p.m. Wednesday, Sept. 7 for “Modern Segregation in St. Louis,” an online and interactive panel discussion featuring experts on urban culture and politics, and racial identity. This event will focus on local neighborhoods that have historically been most impacted by segregation and racial identity erasure, including Wellston, Cherokee Street, and the Delmar divide. The four panelists
Sep
12
Mon
7:00 pm Orcs & Aliens Book Group
Orcs & Aliens Book Group
Sep 12 @ 7:00 pm – 8:00 pm

Join us for a lively discussion of Architects of Memory by Karen Osborne at 7 p.m. Monday, Sept. 12 ONLINE. For information on joining the Zoom meeting, email reference@ucitylibrary.org.
View Calendar
Add

About Us
Contact Us
Board of Trustees
Strategic Plan & Policies
Employment